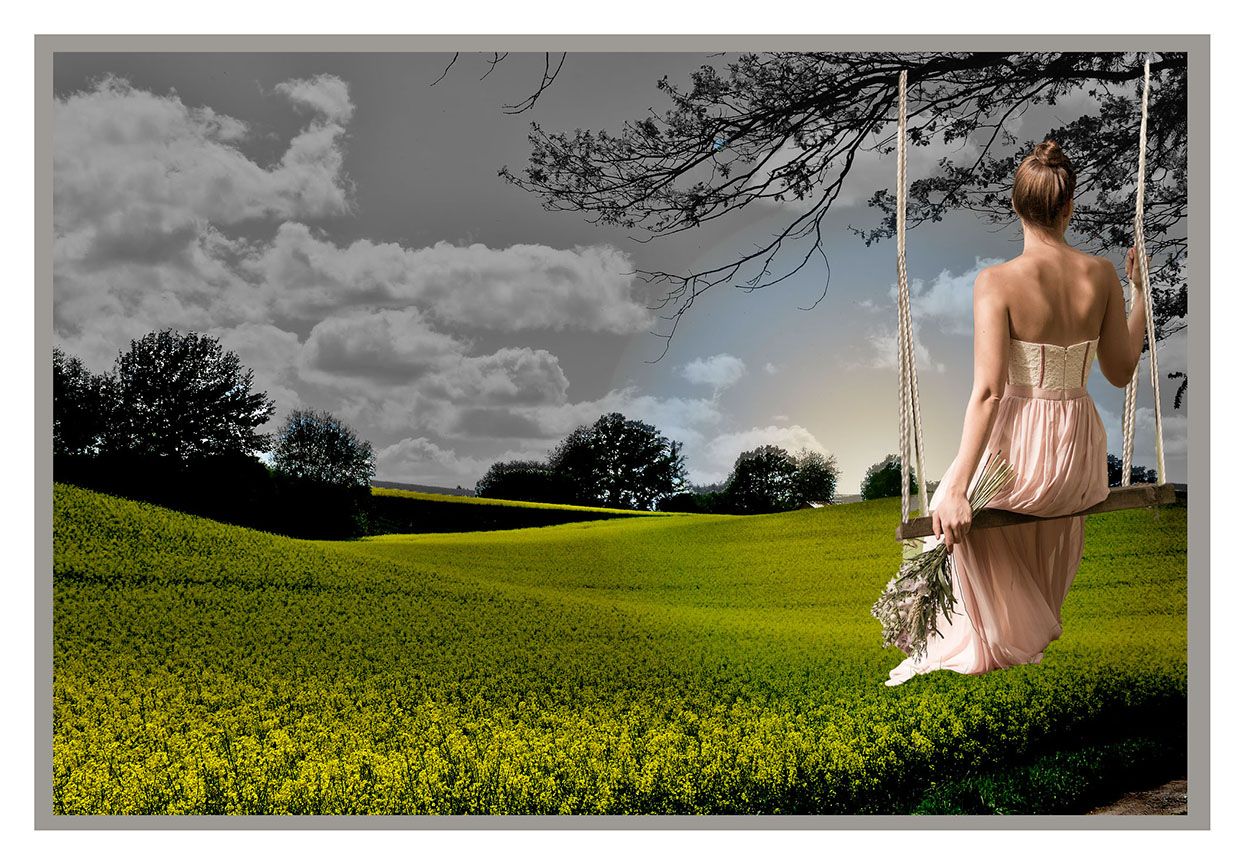 What do you think about when you hear the word transformation? Pause for a moment and think about the first 3 words that come to mind. If you were drawing a picture what would transformation look like? I’m going to share my thoughts and describe my picture to get us started.

Words that Come to Mind: 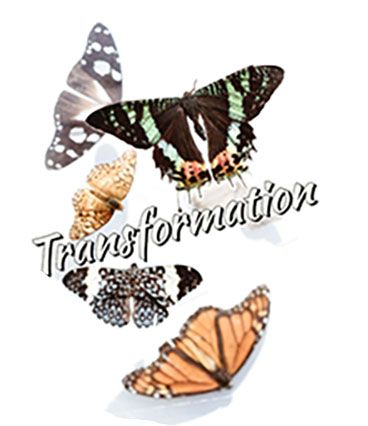 I can’t help but think about a caterpillar that transforms to a butterfly. Yet, I don’t think I would draw that. I lean towards the abstract. I would draw a pile of junk. At least this pile would seem like junk, but within the hodgepodge of materials there are treasures waiting to be transformed.

Now that we’ve tapped into our imagination. Let’s go through a transformation together. Since we aren’t having coffee together, I’ll share my story. When I’m done, please share yours with me. My story is fictitious, but I’m certain we can relate to the character.

Martha wants to be transformed. The problem is she doesn’t know it yet. She is getting there though. Each day she goes through the motions of life. She gets up, goes to work, comes home, cooks dinner and so it goes. Day after day her routine is so similar that routine is what defines her. She wants to take better care of herself. She would like to have time for a hobby, but she’s not even sure what interests her anymore. She feels empty. She feels lonely. Yes, there are plenty of people who love her; her family and a few friends. Unfortunately, she can’t remember when she last went out with a friend. When did she cuddle up with a book or notice the wind blowing on her face? Martha is noticing now and she’s ready to transform.

The changes seem overwhelming. She’s already too busy with responsibilities and she doesn’t know how to start. She doesn’t think she has it in her to start. But she does. Martha needs to be inspired so she starts reading a lot about other women who shared a similar journey. They lost themselves in their routine and responsibilities. They were so far gone they didn’t remember where they hid their real self. Martha kept reading and she became more and more inspired. Inspired to change.

She learned that it’s easier to take small steps. If she changed too much too soon, she would surely fail. So, she gave some thought to Step #1. She needed to clear her mind so should would invest in the right change. She realized her mind was most clear during long walks. She used that time to tap into whatever popped into her head. She noticed if those thoughts were positive, negative or neutral in nature. Martha realized she had way too many self-defeating thoughts and decided on her 1st step. She was going to work on being more positive.

Martha wasn’t sure where to begin. Yes, she could just tell herself that she was happy and try to disregard annoyances, but she wanted a real transformation. Martha wanted lasting change. How could she be more positive? She anchored positivity to a physical act. Martha had always been a bit artistic and she wondered how she would feel if she used art to help with her transformation. When she created her masterpiece, she would be able to better remember her journey. She wanted to remember the journey that led her towards a life and mindset of positivity.

Martha pulled together a pile of junk. Some of it came from the garage. Other pieces of junk came from thrift stores and when she told co-workers what she was doing they gladly donated to her junk pile. Martha put a deadline on collecting her junk. She would acquire junk for 30 days. While her collection grew, she analyzed each piece. Some of the pieces made her chuckle. She wondered why she ever purchased some of that junk. She also wondered what others saw in their junk. This was going to be fun. Martha was getting excited. What would she transform?

She took some time in the evenings to look at sculptured pieces of art. She went to the museum on Saturday. When she was there, she bumped into an old friend and they had lunch while Martha talked about her transformation project. The two friends decided to meet once per month. They had missed getting together.

The 30 Days Are Up. Time for the Transformation to Begin:

Martha organize her junk. Some people may have chosen to organize by color or type of material. She organized by her imagination. She wanted to build a 3-D version of an abstract woman. The woman would be swinging in a meadow of yellow flowers. Martha had a lot of yellow junk. The woman’s face would not be defined because she was still growing, still transforming. But the woman would have an air of happiness. Each time Martha picked up a piece of junk she carefully thought about its position on her canvas. She anchored a happy memory to each piece. Day by day the project blossomed, and Martha built her masterpiece. She used 1000 pieces of junk to create her beautiful lady in the meadow. Martha had created 1000 happy thoughts and memories. Her heart was full of gratitude. Martha had achieved Step # 1. She was more positive.

Martha was so happy that she took pictures of her masterpiece. She shared it on Social Medial, telling her story. She started a Junk Transformation Facebook Group and others like her went on a similar journey. Martha had started an epidemic.

Do we need a transformation too? Where do we begin? How do we begin? We don’t transform alone. Others guide us and support us. And truthfully sometimes people and things get in the way. Martha made time for her transformation. She started with one small step. Then she had something to look forward to. The positivity grew exponentially. She got out of her own way. We must get out of our way too.

Time is Money & Money is Money:

Martha’s first step wasn’t too expensive. She mostly used re-purposed junk, spending only a few dollars at thrift stores. One may say the biggest cost was her time. But where would Martha be today if she hadn’t built her masterpiece from a pile of junk? She would still need a transformation and be doing nothing about it. Martha’s 1st step was cost effective. And cost like beauty is in the eyes of the beholder. To one person $1000 is exorbitant, while 1K to another is like spending a few bucks. You’ll have to spend some money for a true transformation. What’s it worth to you? You can always start small but invest in the right junk.

It is natural for our confidence to ebb and flow, especially when we set goals. We establish goals and achieve them, but often that achievement is short term. We fall back into our old habits, the very habits we wanted to ditch. How do we stop this vicious cycle? We need to clearly delineate what we want to achieve, and we need to remember that Rome wasn’t built in one day.

Steps to Your Transformation:

You’ll notice that Martha spent some time digging deep within herself. She wanted to figure out the source of her dissatisfaction in life. She didn’t blame her state of being on her work or family. She looked within. Martha identified ONE key area in her life to work on. Martha wanted to be more positive. Then she got busy. She developed a plan that worked for her. Martha didn’t use someone else’s blueprint. She did know that anchoring to positivity was important, so she chose to build her masterpiece with one piece of junk at a time. Each piece of junk represented something in her life that had been a drag, a disappointment, something that made her lose herself. Yet, when she took that junk and gave it new life, she chose to remember the good moments. She remembered when she met her spouse. She remembered when her kids were born and when she got that big raise. She also remembered how she loved art and committed to bringing art back into her life. Martha took each piece of junk and created a visual for her to remember the most precious moments in her life. Her work of art was her journal. Her work of art was her journey. And it took a lot of junk to get her where she needed to go.

What steps will you take today? How will you build your masterpiece?